On June 14, 1971, Isaac Tigrett and Peter Morton opened the first-ever Hard Rock Cafe in London, which expanded to 154 locations around the world. To commemorate its birthday, Hard Rock Cafe New York has decided to support the New York City Fire Department and its members who keep our city safe.

As a relatively new member of the NYC community, I can only praise the
service of the brave women and men who work for our safety on a daily
basis. I have always been extremely impressed by the professionalism of the FDNY Fire Department and the dangerous situations they often face. That is why I like supporting all their initiatives: These guys literally risk their lives to help others! 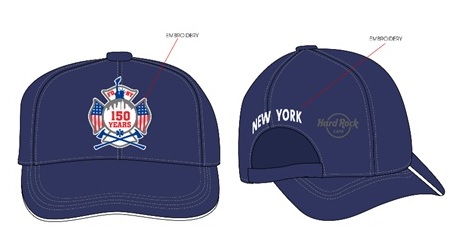 Hard Rock Cafe New York has launched limited-edition memorabilia to commemorate the 150th birthday of the FDNY. This exclusive, beautifully-designed collection includes a T-shirt, hat, magnet, water bottle and collectible pin, with prices ranging from $12 (pin) to $25 (T-shirt.) 15 percent of the proceeds will be donated to the FDNY Foundation, an organization that raises awareness of fire safety, offers training and support of its members, and provides enhanced technology and equipment to better protect New York City. 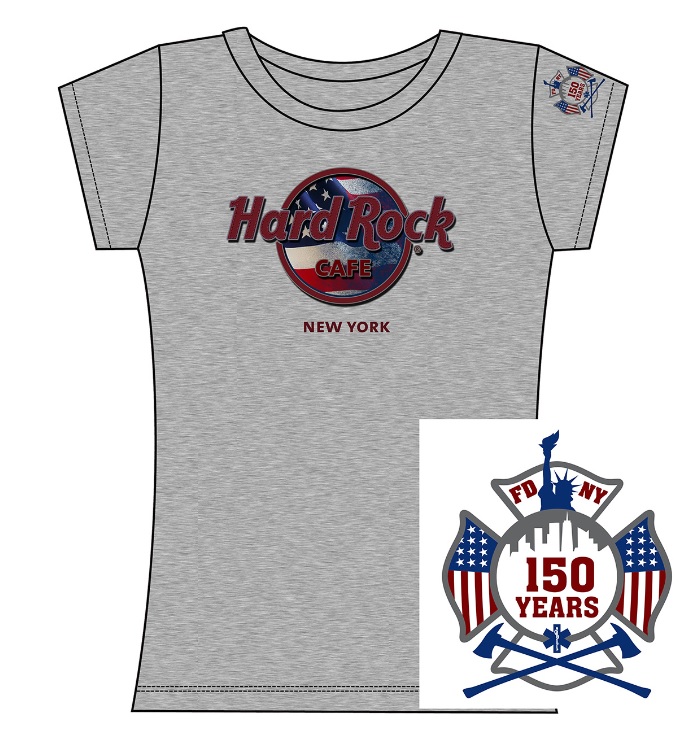 According to Fire Commissioner Daniel A. Nigro, “the proceeds from these 150th anniversary items will  benefit the FDNY Foundation, helping the Department better protect all those who visit, work and live in New York City.”

So, if in the upcoming days you want to purchase any kind of Hard Rock memorabilia, please remember that the sales of this particular collection can make a difference in many people’s lives in New York.

Also, and to continue the support for local heroes, Hard Rock Cafe New York will invite FDNY members to participate in a live burger cook off later this summer where the winning recipe will be offered on the cafe’s menu for a limited time beginning in September 2015. A panel of judges and grilling experts will select the winning recipe based on taste, creativity, presentation and appearance, and how well it embodies the spirit of New York City. Once available at Hard Rock Cafe New York, a percentage of the proceeds from the new FDNY Local LegendaryTM Burger will benefit The FDNY Foundation.

If the burgers are as yummy as the firefighters portrayed in the official FDNY calendar, I’m sure it will be a total success!

Disclosure level 0: The author received no compensation to write this article nor press samples. There are no affiliate links in this post.